Plant a tree in memory of Brenda
An environmentally-friendly option 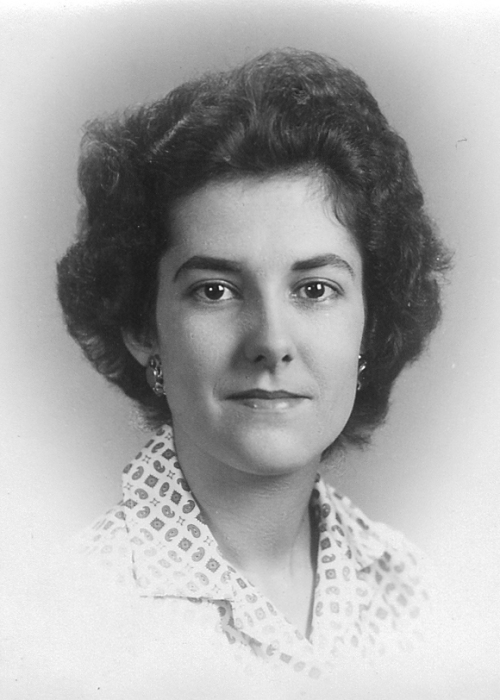 Brenda Eveline (Barry) Bernard died of non-COVID causes on April15, 2021, after several weeks of declining health. She was nearly 88. Brenda was born on June 8, 1933, in Bexleyheath, Kent, England, the youngest of seven children of David and Eveline Maude (Poole) Barry. She grew up in Bexleyheath during the Blitz of London, when air raids were essentially a part of daily life. At least one house in her neighborhood was destroyed by German bombs, though her family’s home was not. Brenda often recalled happy times spent with her brothers, who served in the British military, and her sisters, though their much-loved mother died when Brenda was only ten. Eventually, like many English children, Brenda was evacuated to safer areas and spent time in Wales and other places around Britain in the later years of World War II.

After the war, Brenda attended Swanage Grammar School, a boarding school in Swanage, Dorset, on the southern coast of England. (In England, a “grammar school” is for students who would be of high-school age in the U.S.) At Swanage, Brenda was a member of Oldfeld House. She made many lifelong friends and had many happy experiences. Although the school closed in 1974, Brenda later reconnected with Swanage classmates and visited the school grounds several times. She remained a member of the school’s alumni society for the rest of her life.

As a young woman, Brenda lived in London, where she worked in clerical jobs and pursued her passion, acting. She had many roles in London theatre and even a small part in a movie. Throughout her life, she loved theatre and considered the stage one of her homes. She continued to act on and off through the 2000s.

In 1955, Brenda ’s sister Hazel – who had moved to Chicopee, MA, with her husband, an American serviceman stationed at Westover Air Force Base – invited Brenda to come to the U.S. for a visit. Brenda made the three-day ocean crossing on the Queen Mary. One day, she visited her sister’s workplace and met another person who worked there: her future husband, Harold R. “Buddy” Bernard, who had recently been discharged from the U.S. Navy.

Brenda’s “visit” to the U.S. became an extended stay; she and Bud married in Chicopee on November 29, 1958. Shortly afterwards, they went to London for a visit. Brenda introduced Bud to her home city. He quickly became an Anglophile and their planned two-month “visit,” like Brenda’s “visit” to the U.S., turned into an extended stay: Bud and Brenda lived in England for over two years. Although they returned to the U.S. permanently in the early 1960s, Brenda and Bud made many return visits to England during their lives to visit friends and relatives and enjoy all England has to offer.
When Brenda became pregnant in 1963, the couple bought the home in West Springfield where Brenda lived until her passing. Their son Howard Barry Bernard was born in February of 1964. Bud and Brenda made many friends in their West Side neighborhood and enjoyed living in their home with their little family.

In 1981, Brenda started the Kent Art Agency, which represented British artists to galleries and individuals here in the U.S. One of her mainstay artists was her niece, Jo Barry. Brenda continued the business until recently, when ill health forced her to curtail her work.

Brenda was predeceased by her husband, Harold R. “Buddy” Bernard in 2015. She was also predeceased by her parents and all six of her siblings, David Barry Jr., Norman Barry, Maurice Barry, Leslie Barry, Barbara (Barry) Mason and Hazel (Barry) Sieber. She is survived by her son, Howard Barry Bernard, and Howard’s wife Cindy Romaniak. She is also survived by her grandson, Barry Bernard, with whom she shared a special bond, and Barry’s fiancée Meghan Main.

Brenda’s ashes were interred at the Massachusetts Memorial Veterans’ Cemetery in Agawam, next to those of her late husband, on Wednesday, April 21. Toomey-O’Brien Funeral Home handled the arrangements. In lieu of flowers, memorial donations may be made to New England Public Media, 44 Hampden Street, Springfield, MA 01103-1212.

Plant a tree in memory of Brenda by clicking here.
To send flowers to Brenda's family, please visit our floral store.

A service summary is not available

Plant a tree in memory of Brenda
An environmentally-friendly option

Plant a tree in memory of Brenda

1 tree planted in memory of Brenda

So sorry for your loss Howard. I remember your mom coming in to help our Drama Club actresses with their English accents for "The Odd Couple". What a great lady! Take care friend.

Howard and Cindy, I'm so very sorry for your loss.
Lisa Morales

A Memorial Tree was planted for Brenda E. Bernard

Plant a tree in memory of Brenda